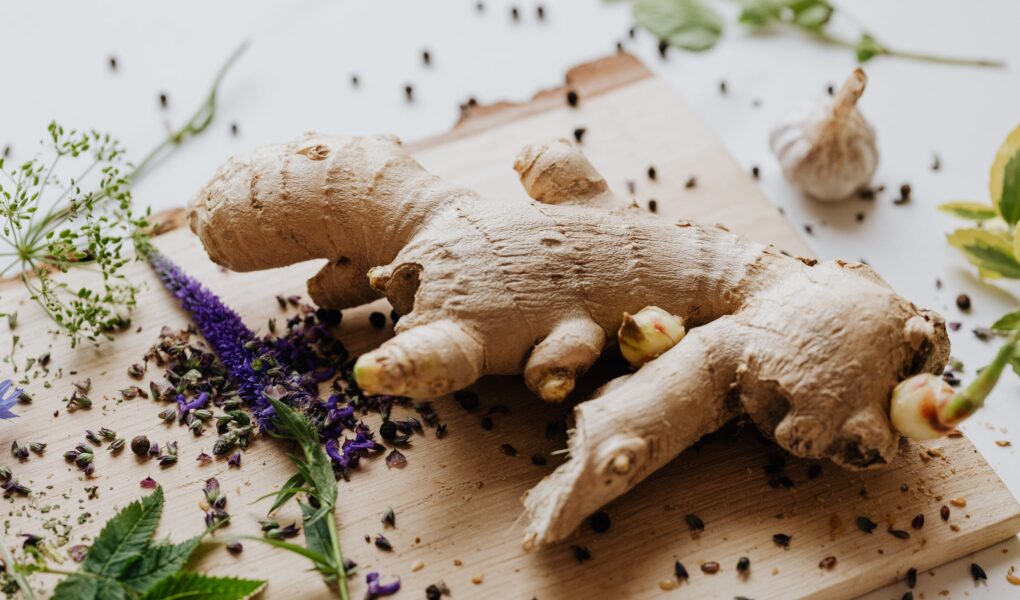 What are natural antibiotics?

In addition to sterilization, they also contain a variety of vitamins, minerals and biologically active factors, which can enhance immune function and resist foreign viruses and bacteria.

Here are several common natural ingredients with antibacterial effects.Some probably already got lying around your kitchen.

Garlic Extract
We often hear the saying that eating more garlic can prevent colds. In fact, this is very scientifically based.

Garlic contains a component called allicin, and its effect is very similar to penicillin (penicillin). Garlic is a member of the Allium family in the Liliaceae family. The Allium family is an antibacterial family. Almost every member has anti-inflammatory, antibacterial, antiviral and antioxidant effects. Garlic has been an expert in bacteriostasis for more than 7,000 years.

Although the smell of garlic may be unpleasant, it contains many vitamins (C, B1, B2, B3) and minerals (calcium, iron, magnesium, phosphorus, manganese, selenium, zinc, potassium, folic acid), as well as phytochemicals (Allicin, beta-carotene, chlorogenic acid, caryophyllin, gambogic phenol, quercetin, rutin), among the plants with the most antibacterial potential in the world, garlic ranks first.

Unlike antibiotics, garlic only kills bacteria that are harmful to the human body and promotes the growth of beneficial bacteria. Garlic supplements currently on the market are a very popular product that can enhance immunity.

Onion Extract
Onion is a close relative of garlic. It originated more than 5,000 years ago. Researchers have discovered that onions and their family members can help prevent and control various cancers.

A French study on women showed that women who consume more onions and garlic have a lower risk of breast cancer.

Onion’s disease prevention and anti-cancer effects mainly come from its rich selenium and quercetin. Selenium is an antioxidant that can stimulate the body’s immune response, thereby inhibiting the division and growth of cancer cells, and at the same time reduce the toxicity of carcinogens. Quercetin can inhibit the activity of cancer cells and organize the growth of cancer cells.

Cabbage
Cabbage is a common vegetable, but few people know that the content of vitamin C in cabbage is extremely high. A cup of cabbage juice can meet 75% of the human body’s daily recommended intake of vitamin C.

Fresh cabbage contains phytoncide, which has the effect of inhibiting inflammation, and has a certain relief effect on sore throat, trauma, swelling and pain, mosquito bites, stomach pain and toothache.

In addition, the sea oil ulcer healing factor vitamin U in cabbage can accelerate wound healing and is a good food for patients with gastric ulcers. Among anti-cancer vegetables, cabbage ranks fourth. The top anti-cancer vegetables are sweet potatoes, asparagus, cabbage, and cauliflower. (for reference only)

Chili peppers are rich in vitamins E and C, in addition to capsaicin, which is similar to carotene and has a good antioxidant effect.

However, it should be noted that people who are thin should eat less chili in winter. Eating too much pepper can easily cause symptoms such as dry throat, dry mouth, rotten mouth corners, nosebleeds, and toothache. Therefore, it is recommended to consume in moderation.

Ginger Extract
Ginger has a very long history. Ginger has a wide range of uses and has positive effects on the digestive system, respiratory system and nervous system. Here only talk about its effect on the immune system.

Ginger soup is a medicinal soup commonly used in the folks to expel cold and prevent colds. When you feel the wind and cold, drink a bowl of ginger soup, which can drive away the cold and strengthen the immune system.

Curcumin
Curcumin (Turmeric) is a very well-known natural ingredient, especially under the exaggeration of Indian Ayurveda and Chinese medicine, curcumin has become the world’s best-selling natural ingredient for several years.

Anti-inflammatory is just one of the many health benefits of curcumin, especially for Helicobacter pylori. One tablespoon of turmeric and 5 to 6 tablespoons of honey are stored in a crock pot. One tablespoon can be taken twice a day as a supplementary diet to enhance immunity. Curcumin supplements can also be taken 400 to 600 mg per day. Please consult a doctor before taking it.

Grape seed extract is one of the most effective antioxidants from plant sources found so far, and it is also one of the top ten best-selling varieties of natural plants in the United States. But many people only notice its anti-oxidant and cosmetic effects, but ignore its anti-inflammatory and antiviral effects.

The latest research shows that grape extract can effectively kill leukemia cells. Researchers claim that grape seed extract can stimulate the production of JNK kinase, which can regulate the signal transmission pathway that leads to cell death.

Coconut extract has the effects of enhance immunity, eliminating bacteria and insects. Long-term use can replenish the body’s intracellular fluid, enhance metabolism, expand blood volume, and improve the body’s disease resistance. It can moisturize and whiten the skin, and get rid of tapeworms in children.

Olive leaf extract
In ancient times, olive leaves were often used on the battlefield to prevent the infection of soldiers’ wounds from getting worse. Now, some countries in Europe use olive leaf extract to resist MASA (methicillin-resistant Staphylococcus aureus).

For topical application, take an appropriate amount of fresh olive leaves, chop them and place them in a covered vessel, pour white wine until the olive leaves are completely submerged; then put them in a dark place and wait for 4 to 5 weeks. Filter out the olive leaf residue in it with cotton cloth, and get the olive leaf extract.

For internal use, it is usually taken as a food supplement at 250 to 500 mg per day. However, you should consult a doctor before taking it.

It is widely used in North America to eliminate mucosal inflammation of the respiratory tract, digestive tract, and urogenital tract.

Oral use can be used for gastroenteritis, hypochlorhydria, gastric ulcer, dyspepsia, upper respiratory tract infection, menorrhagia and cervical bleeding; external use can relieve psoriasis and hemorrhoids; mouthwash can be used for gingivitis and oral ulcers.

Neem extract
Neem (Azadirachta indica), also known as Neem tree, India lilac. Neem has the effect of killing insects and has been used as a herbal medicine for a long time. Its curative effect is recorded in Ayurveda. Neem extract can prevent diseases such as tooth decay, gingivitis, and also prevent skin infections.

The neem extract is used in cosmetics to keep the skin healthy. In addition, Neem can get rid of parasites in children. Consult your doctor about usage before use.

Echinacea extract
Like garlic, Echinacea has a long history of antibacterial. It was often used as an ingredient to prevent warrior wounds from getting worse in ancient battlefields.

Echinacea has a good resistance to sepsis, diphtheria and other diseases caused by bacterial infections. Echinacea is very stable and can enhance human immunity by promoting blood antibacterial ability. Native Americans have used echinacea as an analgesic ingredient for centuries.

Unlike garlic, echinacea is usually used when the human body shows early symptoms of colds, and is more used as a preventive effect. After having a cold for more than 10 days, it is best not to use echinacea. You can directly consult a doctor to prescribe other medicines.

Workers in vinegar factories rarely catch colds because acetic acid has antibacterial and anti-inflammatory effects, which can prevent colds.

Oregano oil
Oregano oil is a component extracted from oregano, which contains more than 30 organic compounds such as carvacrol, thyme powder and thymol. Oregano oil has a very strong surface activity, can quickly penetrate the cell membrane of pathogenic microorganisms, and cause the water imbalance of the treatment microorganisms and die.

Oregano oil has specific effects on gastrointestinal bacterial diseases and has a certain effect on coccidiosis. Therefore, it is a kind of feed drug additives.

It is a safe, efficient, green, and non-compatibility, pure natural Chinese medicine additive with relatively high active ingredients. It is precisely because of sterilization and disinfection effects that oregano oil is often used in perfumes, medicines and fragrances.

Honey
Honey is considered to be one of the best natural antibacterial ingredients. Honey has been used as an antibacterial, anti-inflammatory and antiseptic agent for thousands of years.

In 2014, a study conducted by the American Chemical Society showed that honey can reduce multiple infections and inhibit the proliferation of bacteria.

The hydrogen peroxide in honey combined with its acidity and osmotic effect, coupled with high concentration of sugar and polyphenols, makes it have the effect of destroying bacteria. Try to choose original organic, unprocessed honey, which has higher biological activity.

The discovery and use of antibiotics has brought hope for humans to overcome a variety of infectious diseases. The average life span of humans has been generally extended. Howerver, the abuse of antibiotics has also brought about an increasingly serious problem of drug resistance. Natural antibiotics with low side effects, low toxicity, and not easy to develop resistance are our better choice. 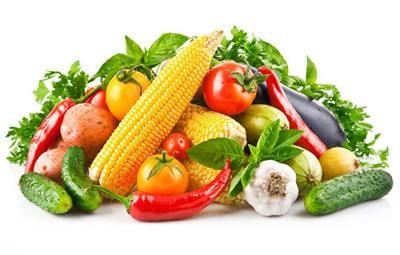